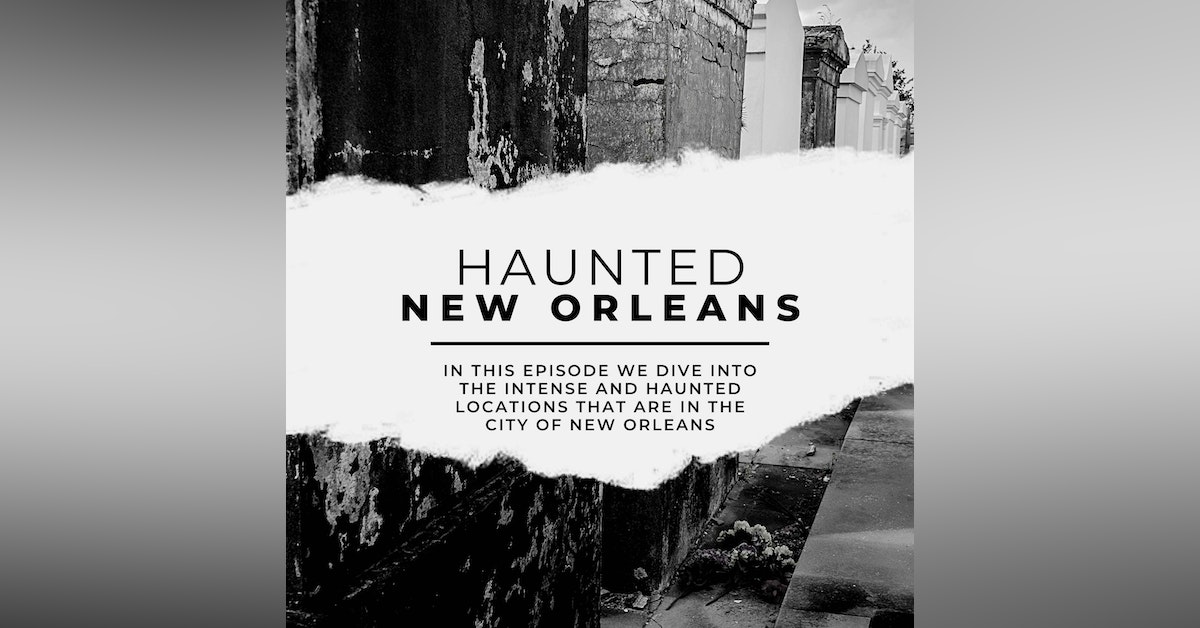 New Orleans for the longest time has been world renowned for the unique mystic and almost otherworldly feeling that the city brings. With that being said we couldn’t help but to dive into the paranormal locations that fill this unique city. In this episode we dive deep into a hotel that was once a boarding school, an interesting legend about possible vampires in the city, a building  that once held a very dark past that even made the townspeople gasp when they found out what had been going on within the walls and finally but not least one of the oldest cemeteries located in the city that houses more than 100,000 graves and is still an active burial site today. We talk about room 208 located in the Andrew Jackson Hotel, The Casket Girl Legend, and more in this episode! New Orleans is such a unique city and it’s only fitting that the paranormal locations fit that bill too!

Locations not mentioned in this episode but will likely be part of a part 2 episode later on in the year: Sultan’s Palace, Mahogany Jazz Hall, St. Louis Cemetery, The Pharmacy Museum, Metairie Cemetery, Hotel Monteleone, Bourbon Orleans hotel, Bloody Mary’s Voodoo Shop, The Morgue and Fort St. Charles. Stay tuned for more updates about a part 2 episode on our social media.

Digging our intro and outro music? The song is actually called Stacy Dahl and is by a really awesome band called Maudlin! Find more of their music on Spotify and Youtube and then also check out their Instagram for updates on the band and any upcoming shows. @_maudlin_

They actually came on our podcast for a guest episode so make sure to check that out as well!

Ghost City Tours: Have you ever heard of Ghost City Tours? They investigate as well as write up articles on certain haunted locations! They were a huge source for the research on this episode! We highly recommend checking them out if you enjoy reading about the paranormal and locations! The article about the cross breaking in half in room 208 at the Andrew Jackson Hotel is also found on their website as well!

Also in our haunted update at the end of the episode we mention about Isaac tuning into a live paranormal investigation done with Ethereal Sisters Paranormal. Highly recommend checking out the social media for them as well as tuning into some of their live investigations.